Don't forget about E and B

Everyone has been so excited to meet the newest Lamon Scott's and hold a baby when we show up. I want to make sure with all the commotion of the two little girls Ethan and Bennett don't get lost. These two boys still make our day everyday! They have their own language that we are pretty sure the two of them understand, but it is foreign to us. Ethan can now say the word "baby." If you ask Bennett to say something his response is still, "dada." Ethan can chant mama but I don't think he has connected that to me yet. Men should feel pretty lucky that most children's first word is dada (even though it is way easier to say than mama).

The boys are walking great. I bought some shoes for them and they didn't really like them. Bennett would pretty much cry until we took them off. We have been struggling with shoes. We want them to wear them so we can put them down outside, but so far they have hated them. Then we started noticing marks in their feet from the shoes. We wondered if they were too small. So we sucked it up and took them to Stride Rite. $70 later we have two pairs of sandals that fit great and they are keeping them on their feet. The past two days Brett has spent lost of time outside with the boys breaking them in.

We are in a new stage. It is the "don't abandon me stage" otherwise known as separation anxiety. For the most part these dudes are pretty good at doing their own thing, but they have these break downs when we come and go from a room. Bennett's tantrums are actually pretty hilarious. He puts his forehead on the ground and crawls forward until his head runs into something. Hard not to laugh. The laughter helps take all the loud crying. I was waiting for this moment to come and I think that it has arrived. I try not to feed into it too much and let them figure their frustration out. There is lot of snuggling going on around here.

Updates on colds. E and B still have this lingering horrible cough and some runny noses. Girls are still congested but taking it pretty good. They are tough. Brett is off this week so we are hanging out and getting some projects done. Projects or this week: Electrical in the basement (done!), girls room arranged with cribs (done!), clean boys room (done!), basement organized, garage shelves hung, and Lots of family time! 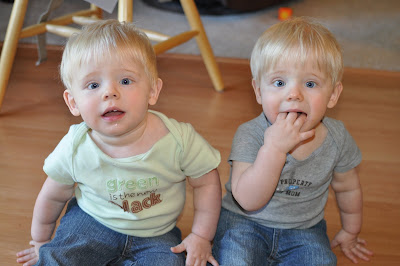 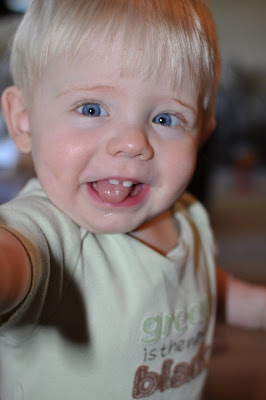 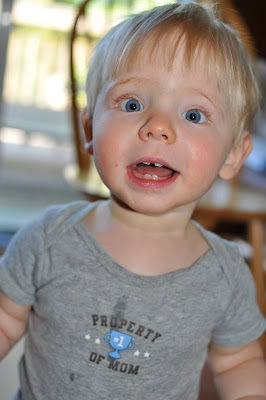 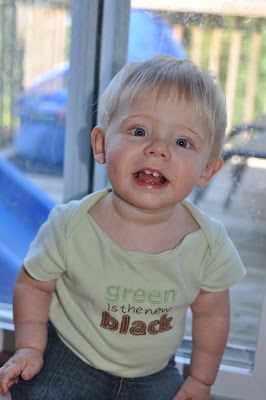 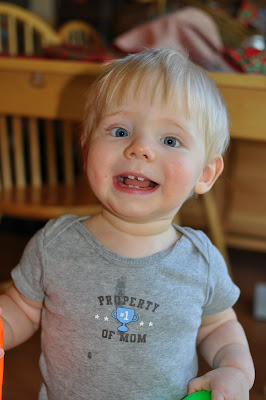